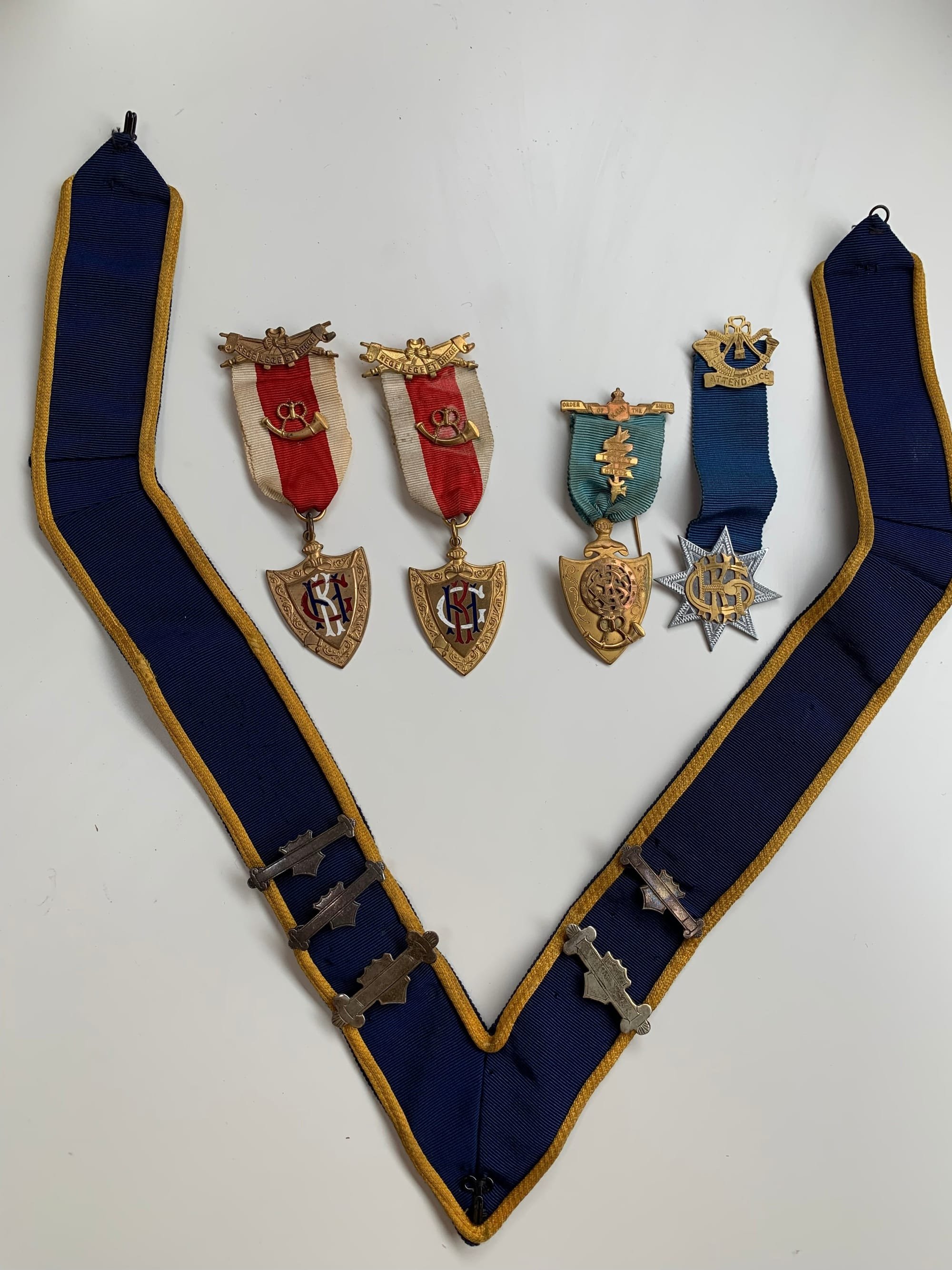 "When my father died in 2013, I inherited a number of items belonging to my parents and grandparents.  Among them is 4 badges and a collarette, as shown in the attached photo, which I believe may have been awarded by the Spennymoor Camp.
According to the engraving on the back of the badges, my grandfather, Stanley Jones, from Ferryhill, was installed on 9th April 1946 (red and white ribbon) then again on 1st June 1948 (light blue ribbon). My father, Archibald Hoey, from Scotland, was installed on 20th June 1950. There is no engraving on the star badge or on the badges attached to the collarette.
I wondered if you were able to tell me anything about their service with the Order. I would also like to dispose of the articles and am happy to send them to you if they are of interest to you or other members.
I look forward to hearing from you."
G.E., Scotland