Certificate from 1923 found in Monmouth, Gwent 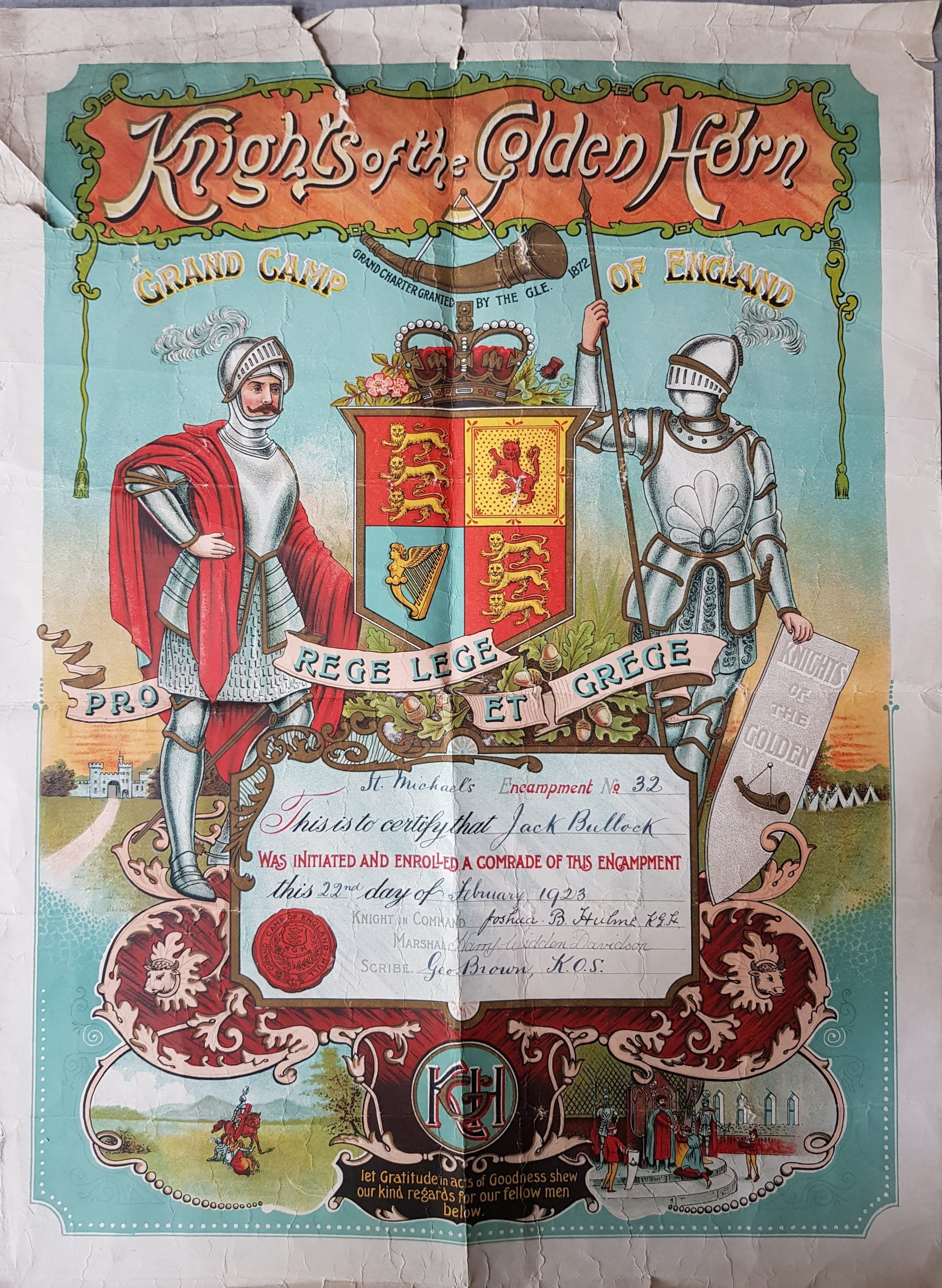 Whilst arranging a visit to 149 Phoenix Encampment in Sunderland, Scribe SKC Gerry Matthew mentioned that a few years ago he had received something which he thought would be of interest to our website visitors and perhaps could be placed on display at the KGH Club Headquarters in Spennymoor.  It was intriguing to see, on arriving at No 149 on Saturday 9 April 2022, the artefact being referred to in our conversation.

Dated 22 February 1923, it is an initiation certificate for Mr Jack Bullock into No 32 Encampment of the KGH.  Stated as being “St. Michaels” , we, in fact know 32 Encampment as Wear Valley and based in Crook, Co. Durham.  It seems that some investigation is needed here.

At that time the KGH was still a higher order within the RAOB, headquartered in Hull until it broke away in 1926.  (see:   Origins of the GUOKGH - The KGH ) The accompanying letter from Steve Holdsworth, then Provincial Grand Secretary of the Herford Provincial Grand Lodge RAOB, post marked 15 July 2013, says that the certificate was found whilst clearing out an RAOB Lodge that had closed in Monmouth in Gwent.  So, it seems we are indeed fortunate to have this item, now almost 100 years old!  Thank you to Steve Holdsworth and to SKC Gerry Matthew for helping keep the certificate safe.