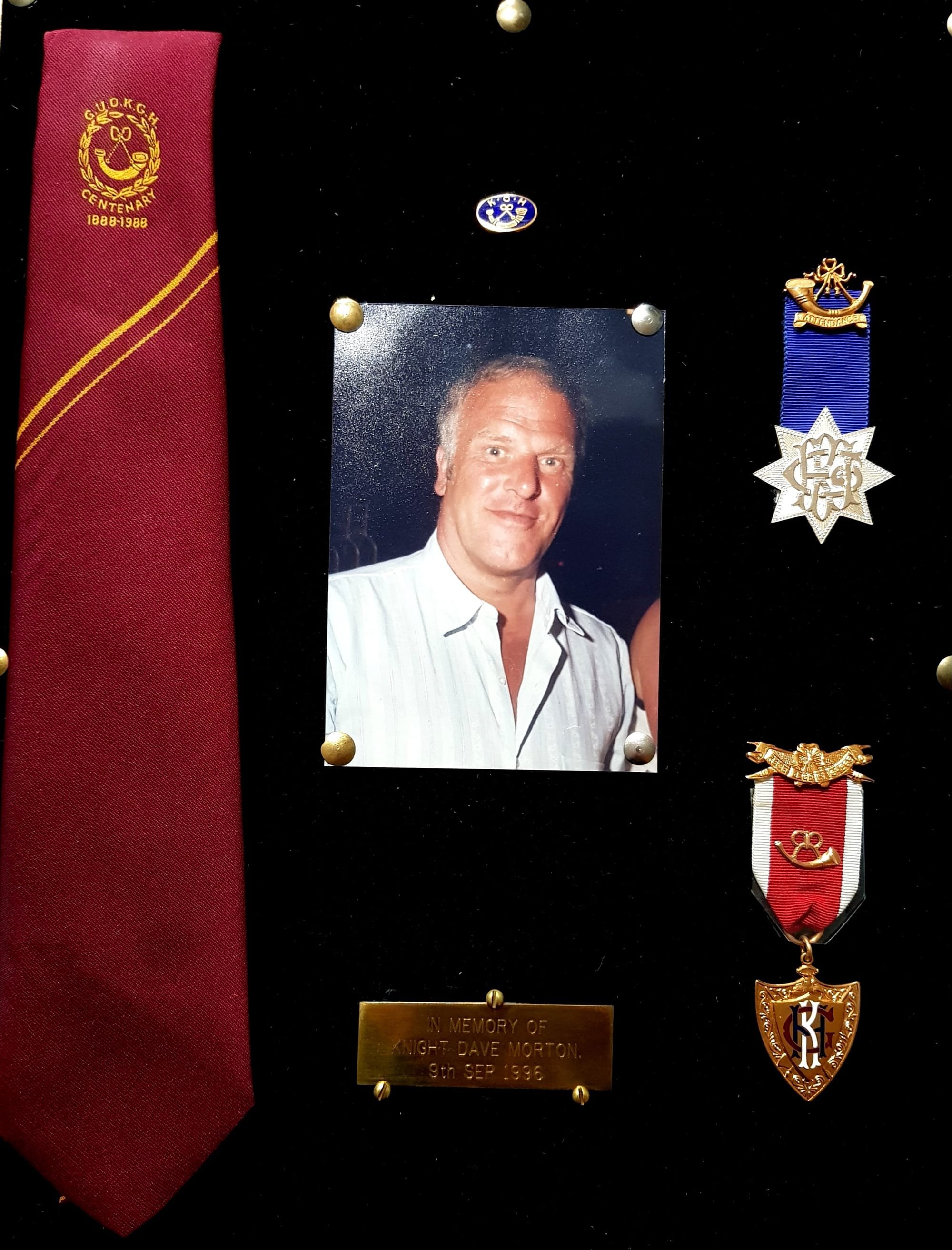 Following a comment left on the GUOKGH Facebook page asking if the KGH was still going and that the son of Tony Peak, one of the founding members of 142 Dave Morton Encampment had a box of documents from the camp, our webmaster who is also Scribe to 24 Whitworth Encampment in Spennymoor, Co Durham, UK, KOS Neville Dart made contact and arranged a visit to collect the archives of 142 Encampment.

He said, “On Saturday morning 12 February 2022, I drove from Spennymoor to Kirkbymoorside, North Yorkshire to visit to Mr Vinny Peak and his mum, Jackie wife of Tony.   We had a thoroughly good chat about how 142 was formed in Telford Shropshire, and about the many visits made by various KGH Grand Camp members including AKC John Cook, SSKC Malcolm Corner plus many others, and about the early days of the camp”.

142 Encampment was opened by the then GKC, SSKC G R Sampson OM as 142 Severn Gorge Encampment on Wednesday, 13 December 1995.  The camp met at the Nedge Inn, Stirchley, Telford.  “The minutes of the first meeting were signed by the then Grand Scribe, SSKC Trevor Birch PGKC OM and records 18 members present.  SKC Laurie Rutter and SSKC Bob Hughf, both of whom became Grand Knight Commanders of the GUOKGH and both of 24 Whitworth Encampment, were also present”.

Having had time to look through the box of papers, it was good to be able to tell Vinny and his mum of a report that a certain 18 year old soldier, Vinny’s brother Leighton,  was initiated into the Order on 15 October 1998.  This was Companion LDJ Peak, “being very keen and of a very pleasant and likeable personality”.   So, at least two members of 142 Dave Morton Encampment now live in Kirkbymoorside and nearby the son of Dave Morton, too!

The photograph is of a presentation case to the memory of Kt Dave Morton.