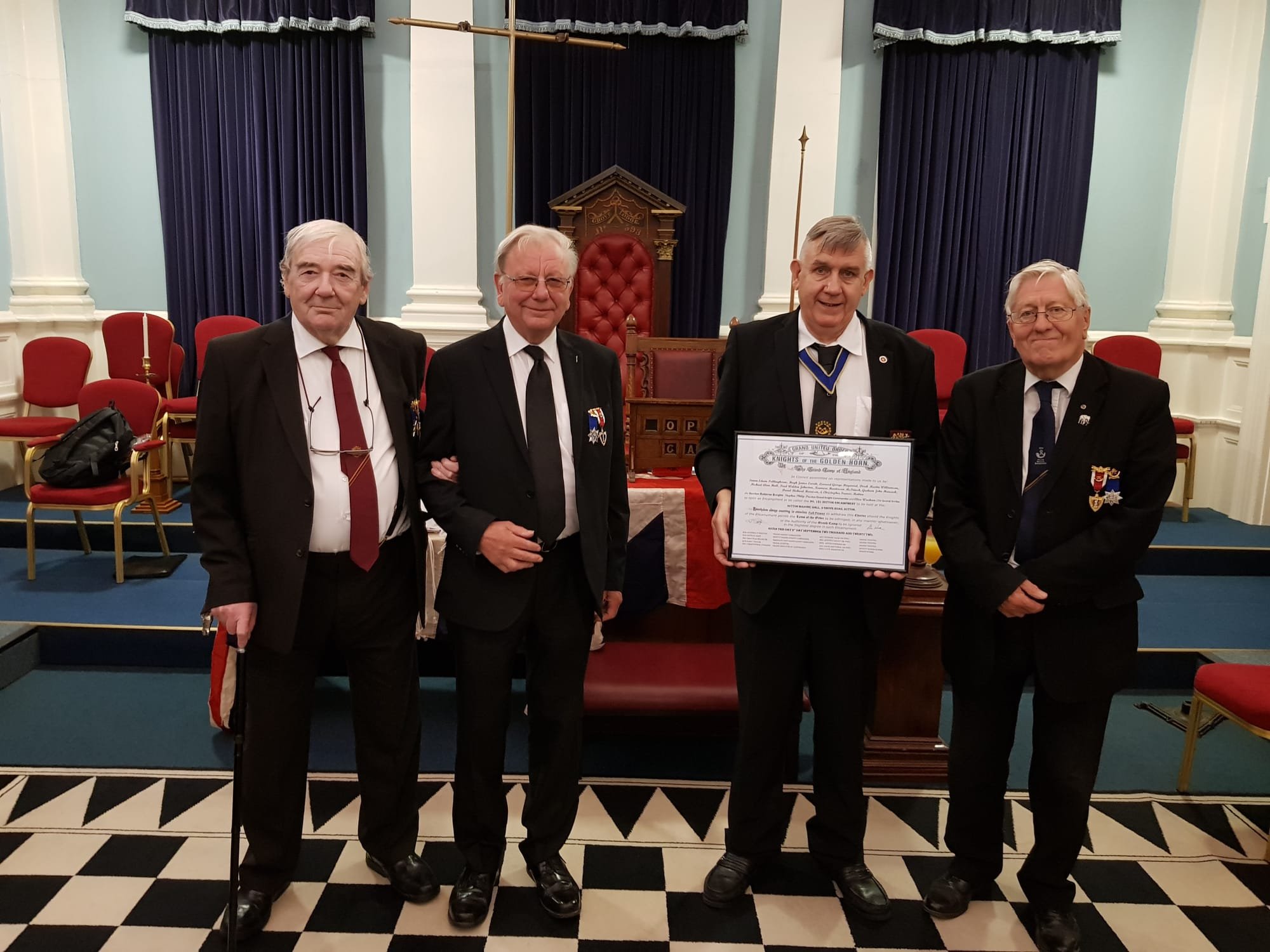 On Friday, 9 September 2022 No. 151 Sutton Encampment was formally constituted and opened at the Masonic Hall, Sutton, Surrey.

At 5pm, the four founders requested permission to form the new encampment.  The charter formally authorising the new camp, which had been approved by the Grand Executive Committee of the Grand Encampment of England, was read by SSKC Clive Warham, Grand Scribe and it was then presented to the founders by KOS Stephen Preston Grand Knight Commander.

After the short ceremony, the new Camp was formally opened, and seven new companions were initiated into the Grand United Order of the Knights of the Golden Horn.   Four of their number were then raised to the higher degree of Knight of the Order by the GKC who then handed over the Camp to the new Knight Commander, SKC Simon Polkinghorne.   After posting his officers, SKC Simon formally declared the Camp closed until its next meeting which is scheduled for 14 October 2022 when he and his officers will conduct the first business of 151 Sutton Encampment.

The ceremony was followed by a celebratory dinner hosted by the Sutton Masonic Hall and enjoyed by all attending the event.  Toasts were made to King Charles III and to No 151 Sutton Encampment and the GUOKGH. 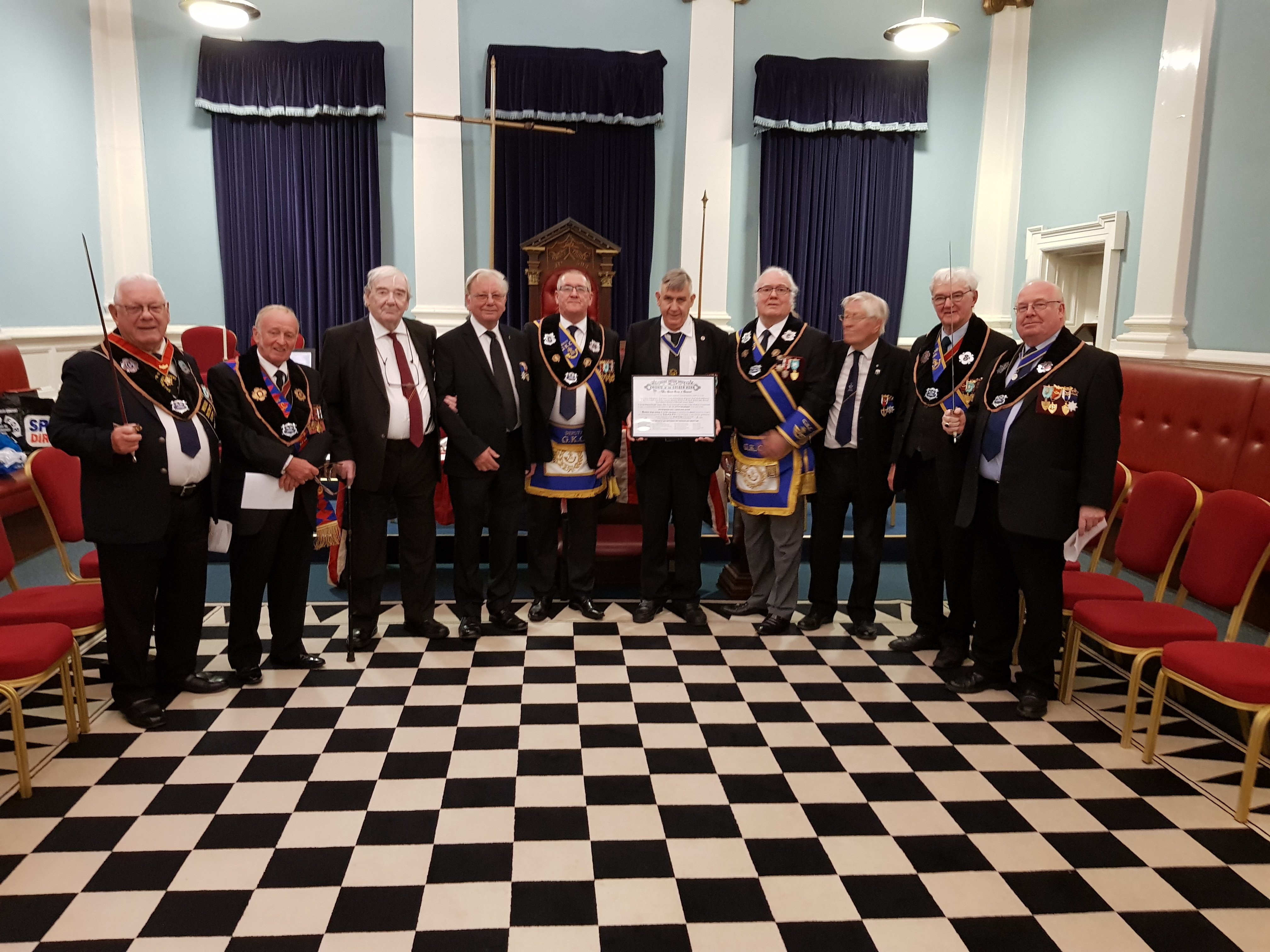